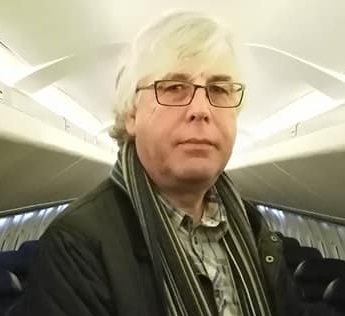 I am one of five Trustees for Gloucester Community Network (GCN) and have lived in Gloucestershire for over 30 years. Prior to retiring in 2018, I spent 47 year working in the aerospace industry and since 1989 was employed in senior engineering and project management roles for many of the local aerospace companies including Dowty » and Smiths ».

I have always been interested in education and encouraging the younger generation to find out about the past and to develop the skills that we, as a nation, will require in the future. Because of this I am a Science Technology Engineering and Mathematics (STEM) ambassador and also a mentor for local senior school pupils. In addition, since retirement, I have taken on the role of education coordinator for the Jet Age Museum (JAM) » in Gloucester and have helped to organise over 20 events since 2017, bringing STEM subjects to over 900 local primary school students.

In addition to my work with local schools and JAM, I retain a keen interest in all things aeronautical, having been a life long member of the Royal Aeronautical Society ».

I have known fellow Trustees Chris Auker-Howlett », Paul Elksnis » and Jill Davies » for many years and have been married to Janet Murden » for over 40 years.

Chris’s idea last year to not only celebrate the end of the First World War but to highlight the suffering, both physical and mental, that impact veterans, touched me as my paternal grandfather, James Murden, had been seriously wounded at the battle of the Somme ». Eventualy succumbing to his wounds in the early 1930’s; a long time before I ever knew him. I know he and my grandmother, Florence, had very little support after he was invalided out of the army. By supporting the work of GCN I can hopefully help the veteran community and maybe stay true to James Murden’s memory.